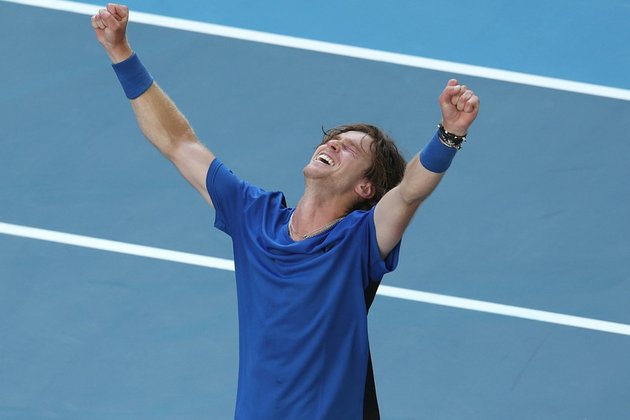 Russia's Andrey Rublev saved two match points before fighting back brilliantly in a fifth-set tiebreak as he overcame Danish teenager Holger Rune to seal a place in the Australian Open quarterfinals.

Fifth seed Rublev was staring down the barrel of defeat at numerous stages of the fourth-round match against the ninth-seeded Rune at Rod Laver Arena on Monday.

Rune served for the match at 5-4 ahead in the fifth set and had two match points at 6-5, only for Rublev to battle back against his 19-year-old rival and send the match to a decisive tiebreak. Rune raced into a 5-0 lead in the tiebreak before Rublev again staged a stirring response, winning it 11-9. 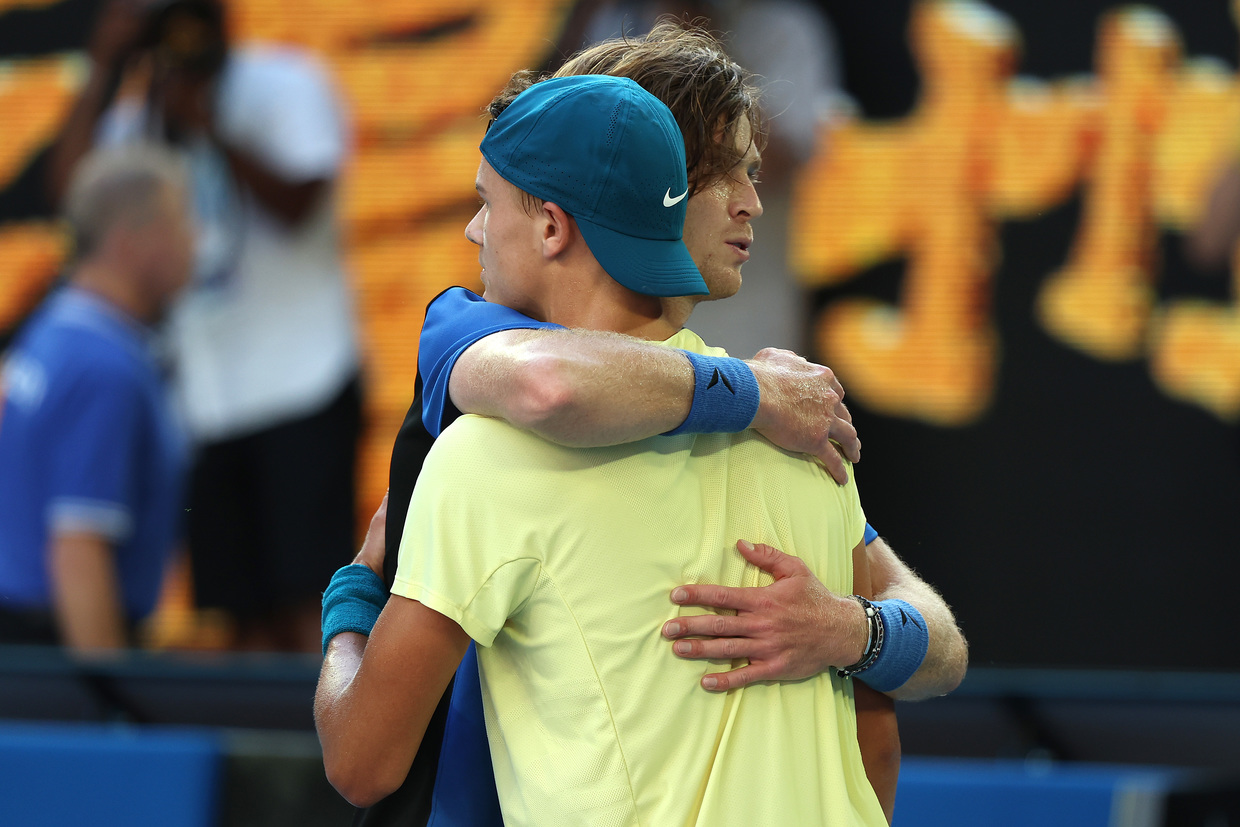 Rublev and Rune embraced after their epic contest.

Rublev, who headed into the tournament in Melbourne as the highest-ranked Russian male player, will next face the winner of the fourth-round match between Novak Djokovic and Australia's Alex de Minaur in the quarterfinals.

Nine-time tournament winner Djokovic will be heavily fancied to win that match later on Monday, although the Serb has been forced to contended with a lingering hamstring injury throughout the event thus far.

Rublev, 25, is into a Grand Slam quarterfinal for the seventh time in his career but has thus far failed to get beyond that stage. Elsewhere in the men's draw, Russian number 18 seed Karen Khachanov remains in contention and will play his quarterfinal against American 29th seed Sebastian Korda at Rod Laver Arena on Tuesday.