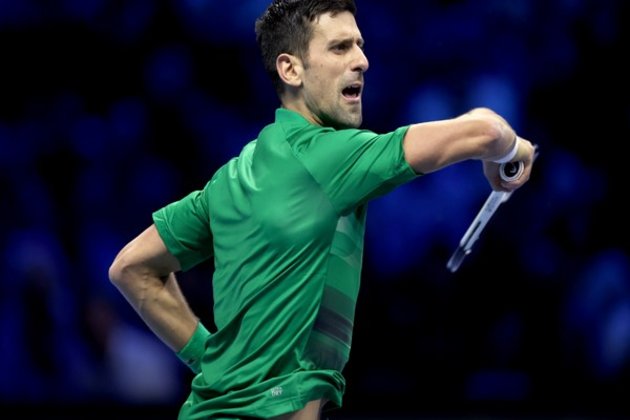 With the 6-3, 6-7(5), 7-6(2) win over the Russian, Djokovic kept alive his chances of emerging as undefeated champion at the tournament. He topped the Red Group with a 3-0 record by handing Medvedev his third straight third-set tie-break loss in the tournament.

Djokovic has a larger goal to focus on, not only to win the singles championship in Turin, but also to equal Swiss legend Roger Federer's record of six triumphs at the coveted year-end event. His last title win had come in 2015.

The match was of high-quality and highly physical. The groundstrokes of both players were fierce and accurate. Djokovic won the first set flawlessly, but struggled in the second set, which Medvedev captured on the fourth set point, forcing a decider, which Djokovic won.

"This match against one of the greatest rivals I have today is very important, regardless of the fact that I had qualified already, said Djokovic as quoted by ATP after his three-hour, 11-minute match.

"I really wanted to win. Daniil and I have had some battles in the past and I knew coming into the match today that it was going to be his last match of the season and he would not want to finish with a loss. I started off very well. I had chances in the second set, had some break points but he played very well in those decisive points. He was playing really quick. I did not fee; physically well in the third set, struggled a lot. It is a battle and it is a fight," he added.

"Being able to find the last drop of energy to come back into the match. At 4-5 I managed to read his serve and anticipate well and got myself in a good position. I started off very well in the tie-break. Tough three matches for him, losing 7-6 in the third in all three matches. It is not easy, but he is an amazing player. I have a lot of respect for him and what a great battle," concluded Djokovic.

Djokovic will face Taylor Fritz in the semifinal on Saturday. (ANI)