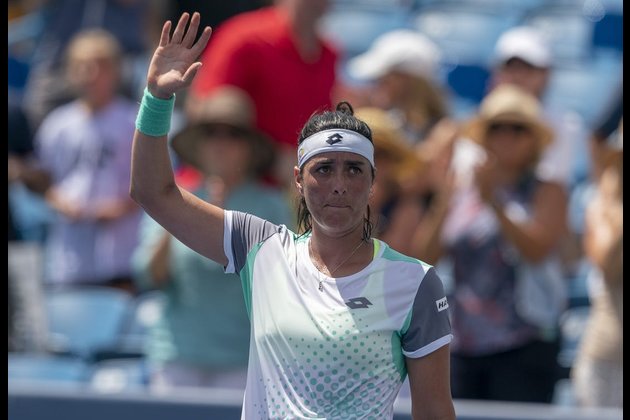 One day after thrashing Serena Williams, 10th-seeded Emma Raducanu dismantled another Grand Slam champion by rolling to a 6-0, 6-2 win over Victoria Azarenka on Wednesday in the second round of the Western Southern Open at Mason, Ohio.

The 19-year-old Brit had five aces and converted five of six break points in the easy 62-minute beatdown of Azarenka, a 33-year-old from Belarus.

In her first two matches at the Cincinnati-area event, Raducanu has resembled the form that saw her win last year's U.S. Open. She needed just 65 minutes to beat Williams on Tuesday night and brought the same level of play less than 24 hours later.

"I was playing a great match for sure and to play Vika I had to stay focused throughout," Raducanu said afterward. "In the second set I could feel the important moments and a couple of turning points that could have made the second set really difficult.

"I am really pleased with how I dug in, and serving it out in that last game was really difficult."

The win over Azarenka -- ranked 22nd in the world -- was Raducanu first over a top-30 player since her U.S. Open title run.

Raducanu next faces seventh-seeded Jessica Pegula, who rallied for a 6-7 (5), 6-1, 6-2 win over Ukraine's Marta Kostyuk.

Top-seeded Iga Swiatek moved on with a 6-4, 7-5 triumph over Sloane Stephens. The Poland native won 71.7 percent of her first-serve points and saved seven of 11 break points while winning her tour-leading 50th match of the year.

Swiatek overcame 25 unforced errors and held a 17-9 edge in winners.

Swiatek led 5-2 in the second set before Stephens won the next three games. Switaek recovered to win the final two games to close it out.

"Honestly, I'm not playing my best tennis right now," Jabeur said. "But it's good to win ugly. I'm glad I did pull it out, fighting a lot and bringing that energy at the end. I needed that."

Also moving on was American Madison Keys, who registered a 6-4, 7-5 win over Latvia's Jelena Ostapenko, the 16th seed. Keys had five aces.

Winning in a walkover was Alison Riske-Amritraj, who advanced when Czech Marie Bouzkova pulled out due to a right trunk injury.

In other matches, Czech Petra Kvitova rolled to a 6-2, 6-3 win over Romania's Sorana Cirstea, and China's Shuai Zhang posted a 6-3, 6-4 victory over Russian Ekaterina Alexandrova.