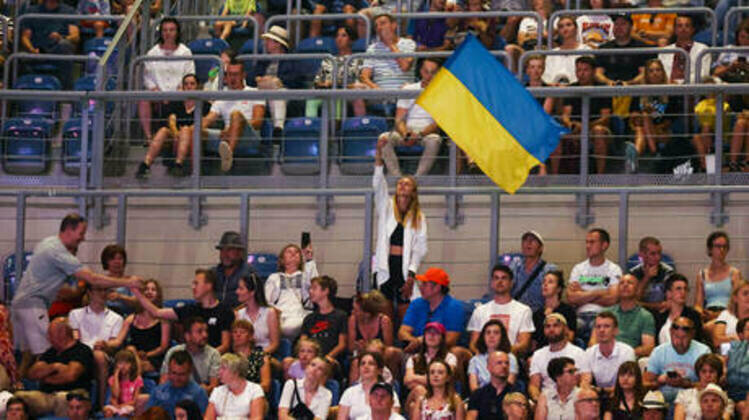 Retired Ukrainian tennis star Aleksandr Dolgopolov has implored fans to bring his country's flag to any matches featuring Russian or Belarussian players at US tournaments this summer.

The former world number 13 responded to an incident at the Cincinnati Open last weekend, when a female tennis fan draped in a large Ukrainian flag was asked to leave a qualifying match played between Russian female players Anna Kalinskaya and Anastasia Potapova.

Umpire Morgane Lara was seen speaking to the fan, later named as 'Lola', before security staff intervened and requested that she leave.

Reports claimed one of the Russian stars on court had asked for action to be taken, and tournament organizers later explained that the flag had breached the rules because of its size.

"Therefore, the patron was asked to remove the flag from the grounds and, after doing so, was allowed to remain at the tournament," a spokesperson told Reuters.

In reference to the row, Dolgopolov, who has been a constant commentator on the military operation in Ukraine, addressed "all the people who admired my tennis and planning to visit the US tournaments."

"I ask [you] to bring a Ukraine flag to all Russian or Belarusian matches they watch," he asked, while also daring the ATP and WTA "to try this step again".

"P.S. - keep the flags in the policy requirement, so they have no 'fairytale' reason to ask you to leave," added Dolgopolov, who joined his country's defense forces in Kiev at the outset of the conflict with Russia. 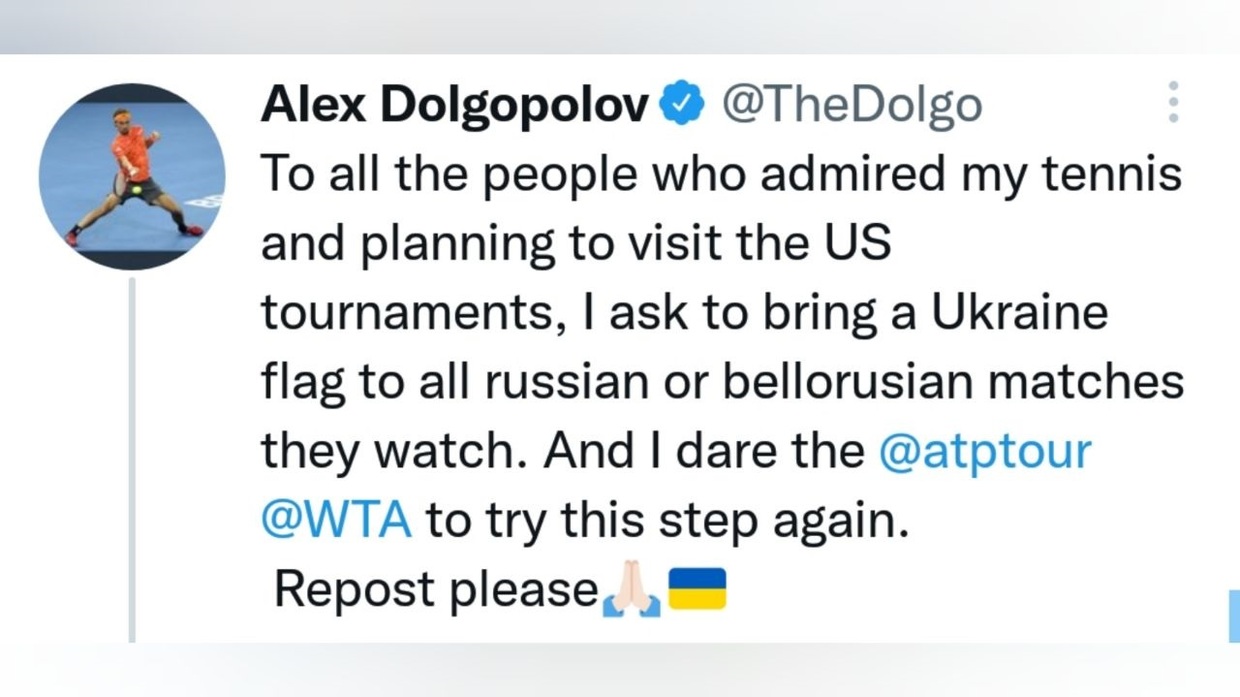 When told by a user that the fan wouldn't have been ejected had her flag been regulation size, the 33-year-old responded by saying: "Really nice story, but no."

"First they kicked her out because a Russian player complained, after they invented a reason which is a 'policy' they remembered," he claimed.

When asked what his calls would accomplish, Dolgopolov stated that it "educates the players," and especially those from Russia, plus the officials, asserting "that they have zero right to kick out a fan just [for] wearing a flag silently and [calling] her actions 'not nice'." 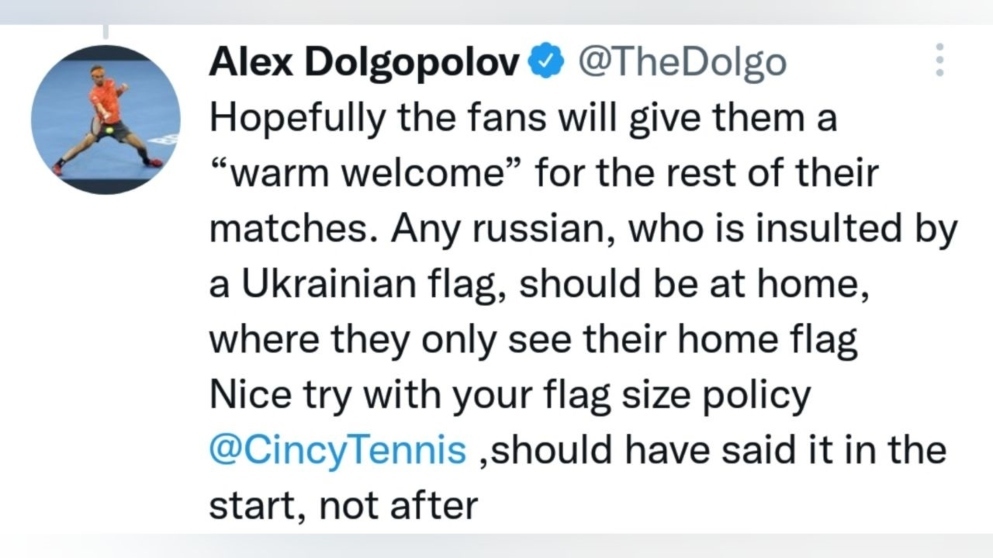 "Hopefully the fans will give them a 'warm welcome' for the rest of their matches," Dolgopolov had earlier wished on Twitter, adding that "any Russian who is insulted by a Ukrainian flag should be at home, where they only see their home flag."

"Nice try with your flag size policy," Dolgopolov also said while tagging the Cincinnati Masters. "Should have said it [at] the start, not after."

With Russian stars such as world number one Daniil Medvedev still in contention in the men's event in Cincinnati, it remains to be seen if Dolgopolov's demands will be answered there or at the US Open in August and September, where Medvedev will aim to defend his men's singles title.

Perhaps to Dolgopolov's disappointment, some sections of the crowd in Cincinnati actively came out in support of Medvedev during his win over Dutch opponent Botic van de Zandschulp on Tuesday - with the Russian being met with marriage proposals.

Medvedev also won praise for taking the time to sign autographs around court after his match finished after 10pm local time in Ohio.

Despite widespread bans on Russian and Belarusian athletes across other sports and at specific events such as Wimbledon, players from the two countries have been cleared to compete as neutrals on the ATP and WTA tours.