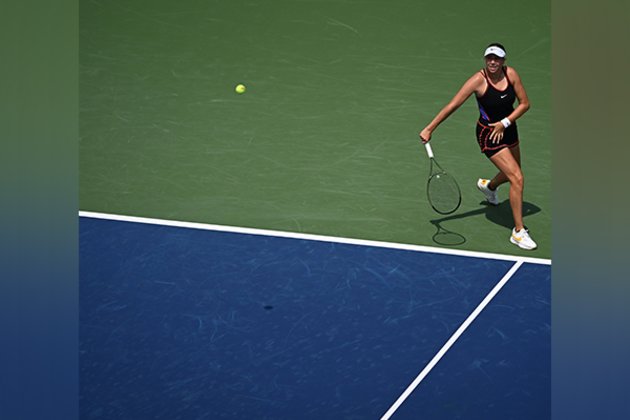 Cincinnati [US], August 16 (ANI): Amanda Anisimova ranked World No.23, dispatched No.9 seed Daria Kasatkina in the first round of the Western and Southern Open on Tuesday in Cincinnati.

Anisimova saw a first-set lead slip from 3-1 to 4-4, but the American rushed at the end of the opener with a winner from her backhand side to break for the one-set lead.

The second set was similar to the opener, where a series of powerful forehands gave Anisimova another 5-4 lead. Anisimova's passing winner brought her to deuce, and two forehand winners in succession allowed her to close out the match from there.

Later, No.27 Ekaterina Alexandrova produced a stunning performance to defeat No.13 seed, Leylah Fernandez, 6-4, 7-5 in the first round. Alexandrova will face either Naomi Osaka or Zhang Shuai in the second round.

Alexandrova rallied from 3-0 down in the first set and 5-1 down in the second set to upend Fernandez.

Fernandez served for the second set twice, but Alexandrova grabbed two set points to extend the set, ultimately winning the last six games as well as the match.

Meanwhile, Wimbledon champion Elena Rybakin advanced to the next round of the Cincinnati Open after defeating Mayar Sherif 6-3, 6-2 in the first round. (ANI)